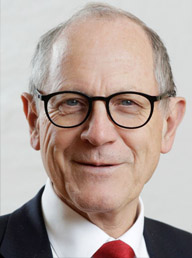 The risk potential with IT is growing faster than the general increase of IT usage. Also so far we basically act only against a risk as soon as we see effects or incidents. On the long run we will not be able to sustain the situation unless we decide to become increasingly proactive. The Internet of Things already threatens the entire landscape due to its nature and the sheer increase in the number of devices.